True movie aficionados pay attention to movie scores. Great scoring takes the best movies and transforms them into perennial classics—the films that stay with you for life. Everyone has their favorites, and it wasn’t easy to narrow it down, but here are our favorite movie scores, decade by decade. The director of King Kong, Merian C. Cooper, paid for this music out of his own pocket because he knew how important it would be to the movie; RKO refused to pay for it because it was facing bankruptcy. He made the right call, because the score was an emotionally evocative masterpiece.

This score was so successful that the studio recycled pieces of it into other films for decades.

Modern Times was every bit the creation of Charlie Chaplin, right down to the score which he composed. Chaplin was a musician in his own right, playing both the piano and violin by ear.

Gone With the Wind was one of twelve movies Max Steiner scored in 1939, and it was one of his most successful of all time.

Although Franz Waxman scored 144 Hollywood movies, he always called this one his favorite. Its Gothic theme influenced not only his later work, but the work of other composers.

This score incorporates numerous styles and elements seamlessly, from massive, sweeping orchestral passages to ragtime, and from a romantic waltz to an opera composed just for the film.

Weaving between the diegetic music of Rick’s nightclub, patriotic music from various countries expressing political conflicts, and the moody, plaintive orchestral passages that reflect the lost love between Rick and Ilsa, this score is a masterwork.

This score is what film noir sounds like, period.

This score blends the cynical, hipster bebop sound of William Holden’s character with the melodramatic, delusional insanity of Gloria Swanson’s tango motif—perfect for shooting daggers with your eyes. This isn’t the first use of the theremin in a film score; it’s just the best and most memorable.

This score makes a guy in a rubber suit stomping over toy cars feel real, and tragic to boot.

Hermann skillfully induces a feeling of vertigo with his music in this score with his hypnotic circles of major and minor thirds interrupted by dissonant tones.

We all know what it means when we hear nothing but the violent shrieking of the string section: we’re about to be stabbed in the shower.

This is one of the best westerns ever made, with a totally epic cast, and this score absolutely lives up to that hype. In fact, even if you went into this film knowing nothing else about it, you’d know you were in for something amazing just based on the score. The James Bond theme is one of the most famous pieces of movie music ever, and this is where it began, right when James Bond shot us in the face for the first time.

This score knows when to blast you with a total East meets West sonic boom and when to back off, leaving you to wander alone through the desert.

This epic jazz composition is loved by each new generation that hears it. It stands alone without the movie, and primed the listener for mystery, comedy, romance, whatever was coming.

If you aren’t whistling this score right now just from seeing the title, we can’t be friends. Seriously, there is no cooler film score.

Sure, the movie had its problems, but the score to Super Fly was perfect. It remains one of the most seamless and successful combinations of traditional scores and pop soundtracks today, and it is funky fresh.

People who have never seen this movie or even heard of it know this score. Tiny little kids who have never heard of Jaws chase each other on the playground singing it. The end.

This score is 100 percent dedicated to scaring you and anyone else that hears it, and it is very, very good at what it does. Bonus points for use of a super creepy chorus singing about Satan.

No child who was alive in the 1970s didn’t hear this score in his or her mind whenever facing a daunting challenge, from standing up to a bully to cleaning his or her room. Not even one.

We hate it when we feel obligated to include something, but we kind of do. This is probably one of the best known and loved scores ever. 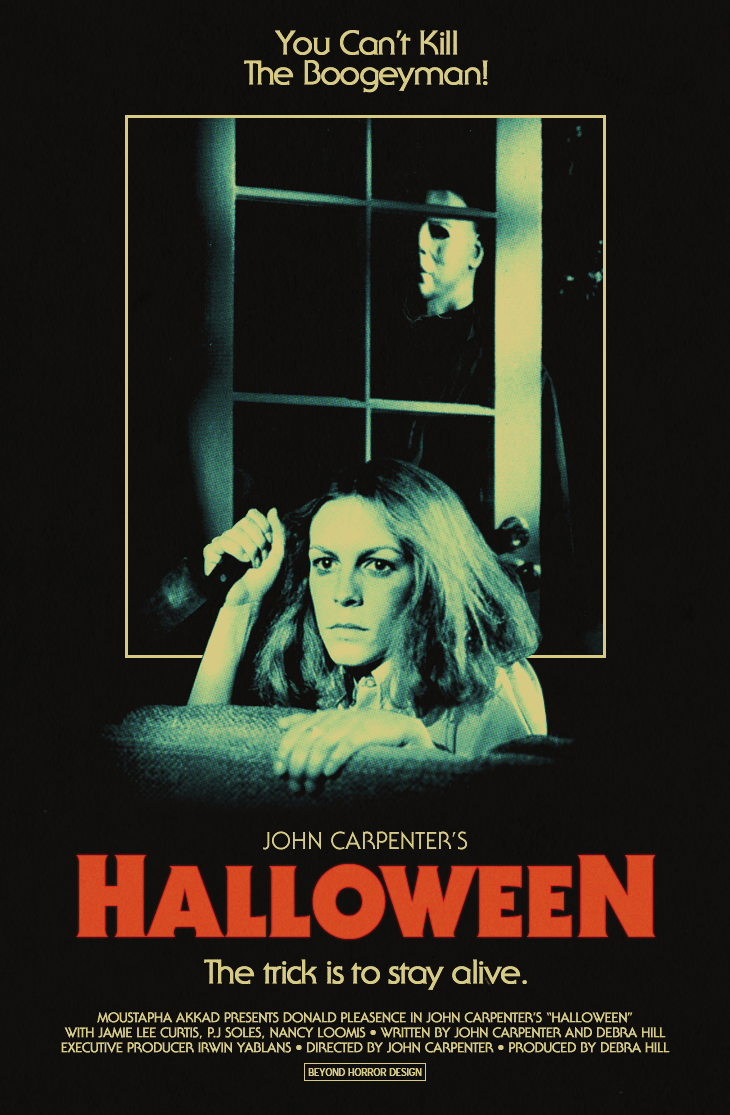 Sometimes keeping it simple really is best, and this was one of those times. This simple theme is still one of the scariest out there, and it matches the film perfectly.

Have you seen this movie? Chances are that even if you have, you don’t remember anything but this theme. Psychologists call this the “Chariots of Fire Effect.” (We made that last part up.) Seriously though, this score is inspiring and relaxing at the same time.

This is one of the most hopeful, beautiful scores ever composed. You’ll need it, too, if you want to get through those depressing scenes where E.T. is all sick and pale.

You can hear that da-dum, da-dum, da-dum right now, can’t you. That’s the sound of killer cyborgs coming after you, unfortunately. We dare you to listen to this score and not say “bug hunt” or “game over!” Can’t be done. This score still gets sampled in trailers regularly and when it came out brought a whole new level of creepy to the screen in all of the best ways.

This is a truly majestic score, sweeping and grand, and as much a part of the story as any other part of the film.

This score helped Tim Burton take the character of Batman from the campy television version portrayed by Adam West and transform him into the more serious Batman we know and love today.

The relentlessly intense and dark mood of this film owes a significant debt to this score. It’s not in your face memorable; it just lurks in the shadows casting a pall on things and making you feel nervous. This moving, epic score was actually composed by two people working separately; Trevor Jones left the production before it was over and was replaced by Randy Edelman. Even so, the score is not just coherent, but adept, capturing the dramatic themes of the classic tale with expert precision.

Although John Williams is all over this list (and any list of great film scores) this may be his most emotionally moving work.

To be fair, Danny Elfman had an advantage here: the original Mission: Impossible theme written by Lalo Schifrin is amazing all by itself. Still, this score is filled with energy and movement just like the film.

From the opening strains of Yo Yo Ma’s cello to the exotic sounds of traditional instruments throughout, this score is deep, rich, and multilayered.

As good as this trilogy was all around, this score doesn’t disappoint, and lives up to the rest of the trilogy’s reputation. Shore absolutely nailed every character and every theme. You may not have seen this movie, but even if you never see it, listen to this score. (And by the way, see it.) This neo-noir high school mystery is one of the most amazing films from this decade by far, and this score was a huge part of that success. This score is so tense and dark. It couldn’t have been better, and it really stands out among other work of its time.

The mood this score creates is ideal for getting stranded in space and lost in thought—just what the doctor ordered for this film. Part score, part sound effects, it has an almost diegetic feel at times, giving it a really immersive feel.

There you have it, our favorite movie scores of all time, decade by decade. The best part about lists like these is that they’re never really complete. Amazing scores are going to keep coming out, and we can’t wait to hear them.